From inside the book

9 pages matching smell in this book

Where's the rest of this book?

Reviews aren't verified, but Google checks for and removes fake content when it's identified

An uncompromising book about living willfully. This is my favorite book by my favorite living poet. If I have not bought it for you yet, I will. Read full review

My all-time favorite book of poetry. Gilbert is at his best in this amazing distillation of the tremulous bonds between lovers as one approaches the end of her life and then the aftermath. His poem, "Tear It Down" often reminds me about the necessity of intention in marriage. Read full review

6 other sections not shown

Jack Gilbert was born in Pittsburgh, Pennsylvania on February 17, 1925. He received a bachelor's degree in English from the University of Pittsburgh in 1954 and a master's from San Francisco State in 1963. He also attended Jack Spicer's Magic Poetry Workshop. His first collection of poetry, Views of Jeopardy, won the 1961 Yale Younger Poets Prize and was published in 1962. His other works include Monolithos, which won the Stanley Kunitz Prize and the American Poetry Review Prize; The Dance Most of All; Transgressions: Selected Poems; Refusing Heaven, which won the National Book Critics Circle Award; and The Great Fires: Poems 1982-1992. He died after developing pneumonia on November 13, 2012 at the age of 87. 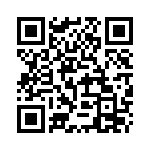