Reviews aren't verified, but Google checks for and removes fake content when it's identified

A fine biography; Seale has been accused of being insufficiently hard on Assad, but he could hardly have had such informative conversations if he'd been a firm critic, and I can get my condemnation elsewhere. Read full review

Asad of Syria: the struggle for the Middle East

More than an excellent biography of Hafiz al-Asad, Syria's national leader, this is a tour de force of contemporary Syrian history and politics. Seale, a Middle Eastern specialist and a journalist ... Read full review

Patrick Seale was born in Belfast, Northern Ireland on May 7, 1930. Shortly after his birth, the family moved to Syria, where for 20 years his parents ran the Irish Presbyterian mission. After a national service commission, he studied philosophy and psychology at Balliol College, Oxford. He worked briefly for a cotton magnate, and then for Reuters news agency before returning to Oxford to pursue Middle East studies at St Antony's College. In the early 1960s, he worked in Beirut as a freelance contributor to the Economist and the Observer. In 1963, he became the Middle East correspondent for the Observer. He also served the Observer in Paris, where he wrote a book, French Revolution 1968, with Maureen McConville. His other books include Philby: The Long Road to Moscow, Abu Nidal: A Gun for Hire, The Struggle for Syria, Asad of Syria: The Struggle for the Middle East, and The Struggle for Arab Independence: Riad el-Solh and the Makers of the Modern Middle East. He died from brain cancer on April 11, 2014 at the age of 83. 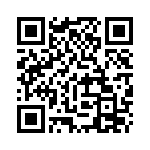